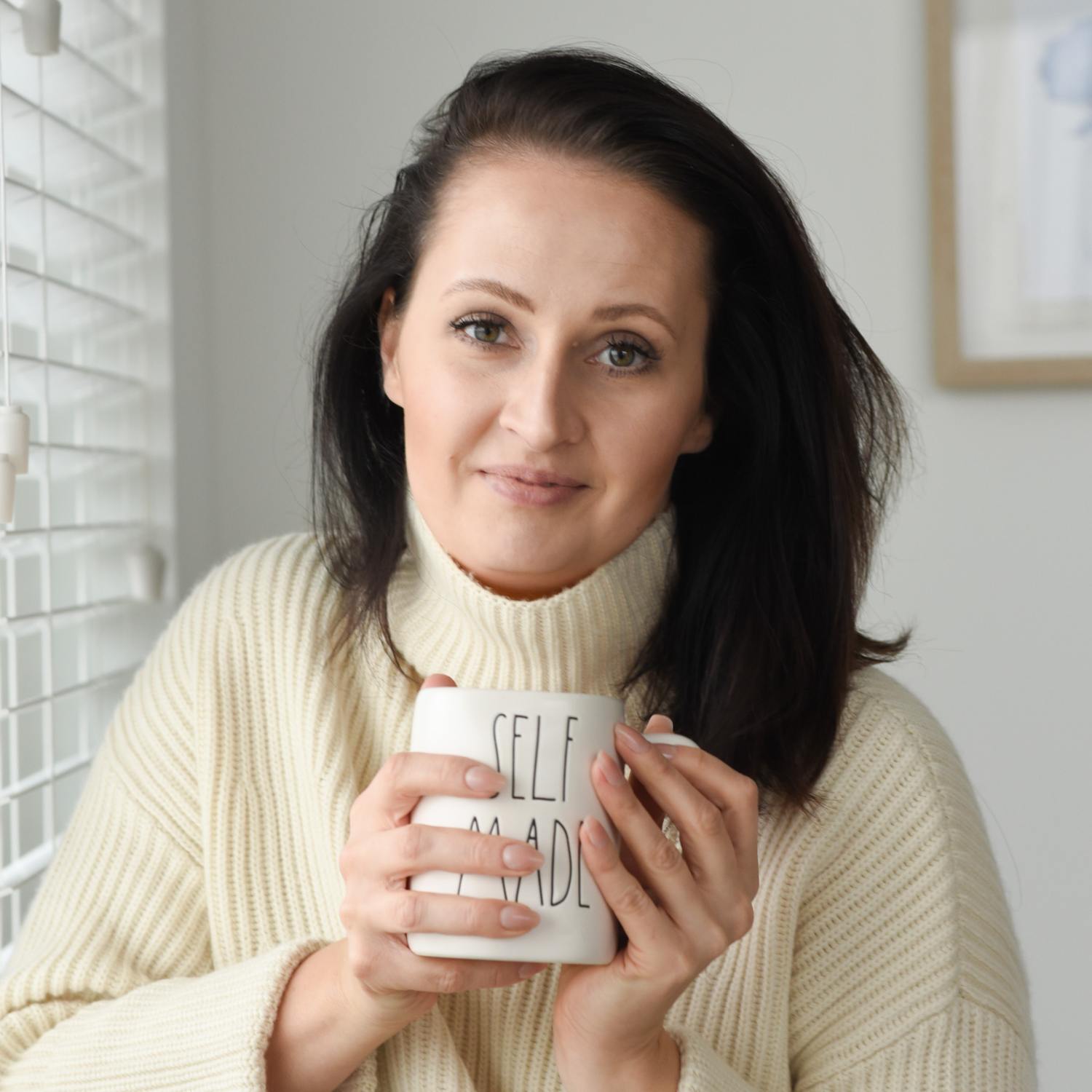 Hello! I am so happy you are here! My name is Ola. I am a certified Pediatric Sleep Consultant, with multi-year experience in child care & children’s education and I am absolutely thrilled you are here. You reached this place because you’re looking for ways to help your child sleep better. Breathe a sigh of relief because you are at the perfect place! Let’s start with what SLEEP TRAINING is because there are many stereotypes circling around sleep training.

Let’s start with “Cry it Out”, known as full extinction or Ferber’s method. The most common misconception, and most hurtful to the sleep consultation industry is that sleep training equals crying it out. That is a lie. Sleep training is simply a process of helping a baby sleep well. Yes, Cry It Out is one of the methods BUT not the only one! Your child doesn’t have to cry themselves to sleep. I help exhausted parents teach their babies proper sleep hygiene and habits around sleep and the methods I teach are gentle and gradual that allow you to comfort your child in a reasonable amount of time.

So if you are wondering if during sleep training with me you will be leaving your child to cry it out so they fall asleep out of exhaustion, my answer is absolutely not.

I do not teach extinction methods because I am against leaving babies alone without checking on them. It is not healthy nor safe. Sleep is when we restore and heal, therefore, it should be stress-free and babies should be loved and comforted at bedtime.

I am sure you are also wondering how someone like me can help you, right? Because there are many books about sleep, sleep training and what other things can I tell you?
Since you are here, something is not quite working, is it? I believe literature can be so helpful, however, when it comes to sleep training, it is a bit more complex than one solution for all. Sleep training is a puzzle and it is multifaceted – a lot of factors come into play and because every child is different and adapts to changes at their own pace, they all need to be looked at individually. It is my job to discover your child’s sleep challenges and guide you in the process of overcoming them with a carefully crafted, fully tailored sleep plan.

Think of athletes, for example, they hire coaches to achieve their goals faster. When you want to invest, you hire a financial advisor. Hiring someone like me will just take out the guessing and will get you to restful nights faster.

Sleep is healing. It is so important to your child’s health and wellness – by helping your child learn how to sleep well, you are giving them a gift. I promise you there is an answer. I promise you a good night’s sleep for the entire family is much closer than you think.

You may schedule a call with me right now! Let’s chat & make a new game plan! Early morning wakings are very common sleep troubles parents encounter and they also can be the most difficult to resolve. An early waking or early rising is anything before 10h from bedtime that considered an early morning waking. It may take a few weeks to see improvement – especially when a baby has just started sleeping through the night and may just sleep the bare minimum 10h, and also what type of an early riser you have.

The Cheerful Early Riser characteristics: This baby wakes up very early but is rested and refreshed. Baby has slept at least 10hrs of overnight sleep and takes decent naps. Although, they wake up too early for your liking, they meet their daily requirement for sleep.

Small percentage of babies are “larks” – they wake up early in the morning, cheerful and refreshed and get tired early in the evening. They wake up at he same time every morning, no matter what time they go to bed. Whether your child is a lark is genetically determined and true “larks” are very hard to change.

TYPE 2 of an early riser: The Tired, Cranky Early Riser and here is their characteristics: This baby sleeps less than 10hrs/night or naps poorly, or both! Baby doesn’t wake up refreshed in the morning and is tired for majority of the day. This baby doesn’t meet their daily sleep needs and could benefit from more sleep. Reasons they wake up are: hunger, external factors (light, noise), discomfort, over-tiredness, habitual waking, anticipation/excitement.

The first 3 are self-explanatory. Let me briefly explain the last three.

OVERTIREDNESS. Yes, overtiredness can cause early morning wakings! If baby isn’t getting the proper amount of sleep and are put to bed late it can cause early rising. It is one of most common sleep myths – later to bed, baby will sleep in. The exact opposite is true!

HABITUAL WAKING. Sleep is the lightest towards the morning. We cycle more through the light sleep stages in preparation for the morning waking. Also, the sleep pressure is lower in the wee hours. So it is especially hard for the baby to fall asleep in the early morning, especially when they don’t know how to go to sleep on their own. It is very easy for this to become a habit while you are trying to cope with these early morning wakings

EXCITED ANTICIPATOR. If baby enjoys whatever it is parent is doing after they wake up, they may start waking up early excited for this. Whether it’s cuddling, going to parents’ bed, rocking or feeding – a parent may be unwittingly creating a situation a baby is waking up for.

Seeing improvement in the early morning wakings can take a few weeks BUT it can be very successful if parents remain consistent! I have recently come across an online debate where people were weighing in on whether it’s kids that are just bad or parents. I didn’t participate in that discussion because I would have written an essay but I thought this is definitely something I can discuss here 🙂

Before I begin, I would like to point out I will be referring to kids between age of 2 up to 9 maybe. Teenagers are a lot more complex topic for discussion as there are a lot outside factors which influence them whereas the little ones’ environment is pretty narrow.

Do I think there are no bad children? Yes.

What are bad children anyways? Those who do not blindly obey or those who throw tantrums in the middle of Target shopping floor? What is BAD? I don’t know, honestly. Because if having emotional breakdowns, lack of impulse control (which is a part of development!) or not being able to express how one feels is bad, then, wow, adults are such hypocrites because sometimes they cannot do any of these 3 things but require a 4 year old to do so. That’s bad 😉

Do I think there are only bad parents? Absolutely not.

I strongly believe there are parents who are wonderful people but simply lack parenting skills. Many, if not most adults become parents without any knowledge of what it takes to be a parent. And no wonder – they have never done this! Children are unique little humans with their own needs, emotions and feelings. While it is absolutely transforming & life-changing, to become a parent and have kids, there is no manual on how to raise your kids to become great humans and survive at the same time.

Unconditional love, support and a t t e n t i o n  are necessary ingredients to raise a happy child in my opinion. (Also, consistency but it is a secondary type of ingredient). I always say the best thing you can give your child is your TIME. This special connection is a way to understand your child. I say this because,sadly, there are parents who pass responsibility of raising their child onto a caregiver and assuming there is not much left to do, they lower their guard. Children that are nurtured don’t act out – they have no need to. Their needs are met, their world is safe and predictable. Boundaries, rules and discipline (the one that teaches, not humiliates) are healthy things. What is more, education has nothing to do with raising kids right. Values or principles cannot be taught anywhere except from your parents.

My advice would be: it will get really hard sometimes which is why is so important to establish rules, follow through and why being a united front is imperative. You are not the only parent who experiences parenting challenges. E V E R Y single parent does and every single parents is doing their very best.

Join The Real Baby World family and receive a code for 15%OFF on your first order!